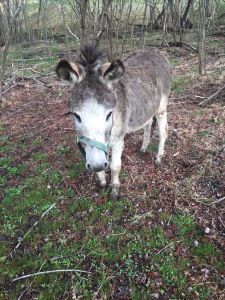 This week Luck is staying with the goats due to there being a house guest staying at the barn and his early morning brayfests.

Even though he used to live with the goats at his previous home, Luck is less than enthuised to be with little guys this time around. He is so angry with me that he won’t even greet me when I come to see him or groom him.

Thankfully he only has until Tuesday until he can come back into the barn. This weekend I’ll be preparing a new stall for him so that he will be next to Chance. I’m hoping being closer they will get used to each other faster. And now that Lucky isn’t new to the farm and Chance doesn’t want to trample him any longer, I figured now would be the time. 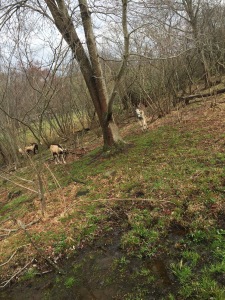