Luck had his first ever dental floating today! It was quite the ordeal for the poor little man but, according to the vet, Luck was in desperate need of some work due to the sharp points of some of his teeth.

Thankfully he did great and was pretty laid back despite the contraption he had to wear and the big file in his mouth. But, to be on the safe side the vet gave him a little sedative.

The vet explained that an animal who receives a sedative should have all their hay and feed removed because the drugs usually make them hungry, but due to their drowsiness they are likely to choke! 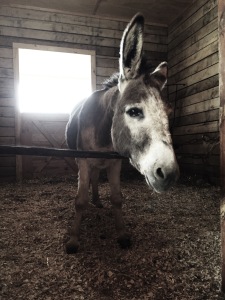 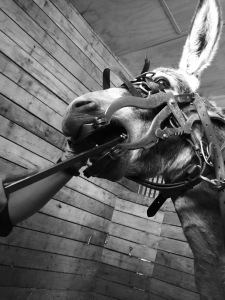 Luck also got his sheath cleaned for the first time. Apparently, stallions or Jacks normally keep themselves very clean and do not require much sheath maintainace.

Now Luck is up to date on all of his vaccinations, hoof trimming, and dental care!